Skip to content
In an effort to answer common questions related to strength and conditioning for runners, and perhaps to debunk myths about the topic, Kristina Pattison recently caught up with experts in the field for perspective. In this interview, elite ultra distance mountain runner Mike Wolfe sheds light on the topic through the lens of over a decade of experience running the toughest events and projects on the planet. 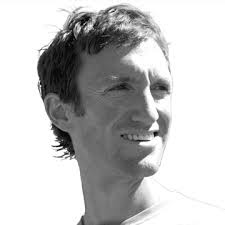 Mike’s passion and enthusiasm for running long distances in the mountains stem directly from his upbringing. Growing up in the mountains of Montana, his family vacations were weeklong backpacking or hunting trips instead of trips to Disneyland or Cancun. A love of long treks and adventures in the mountains was instilled in Mike from an early age.

Mike began competing seriously in mountain ultra-running in 2006 when he ran his second 50-mile race ever, at the US Track and Field Association 50-mile trail national championship. Mike won the race outright that year, then returned to win again in 2007. Later that summer, Mike won his first 100-miler, the Grand Targhee 100 in Wyoming.
Mike has since been racing competitively as a professional mountain ultra-runner for over a decade. As a Global Athlete for The North Face, Mike has competed in over 75 ultra-distance mountain races around the world. Among the many races he has competed in, he holds numerous course records, and has won or place top-3 at the world’s most competitive and prestigious mountain races: the Western States 100, the Ultra-Trail du Mont Blanc, and the North Face 50-mile Championship, among others.